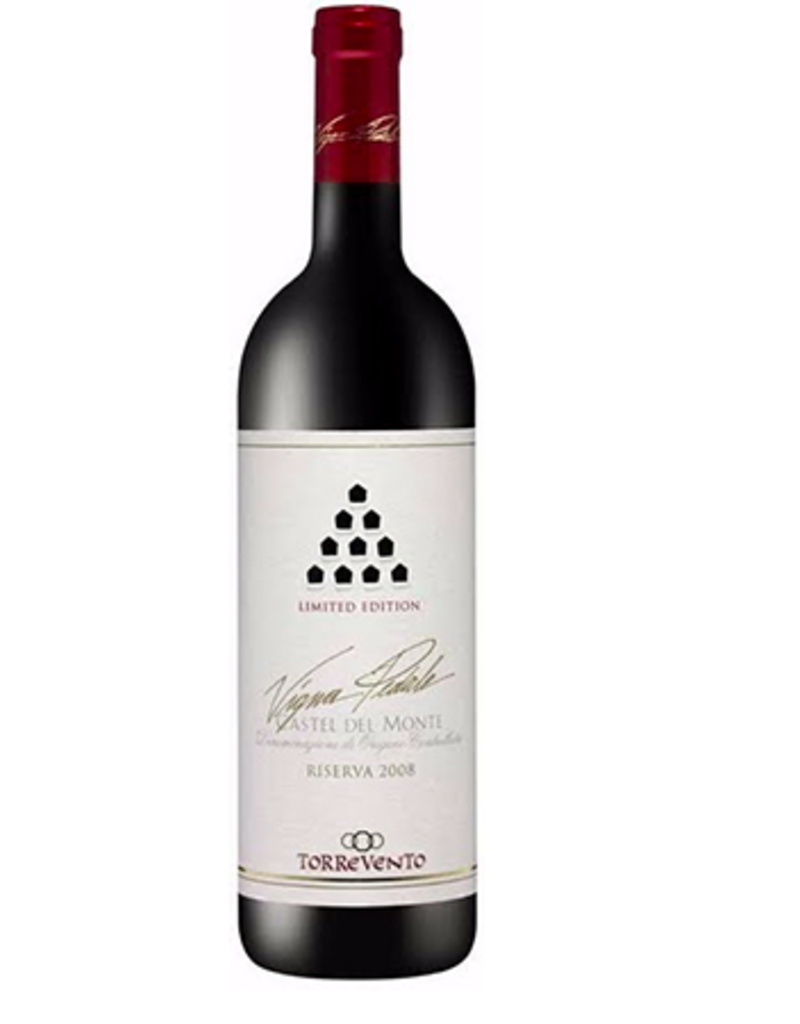 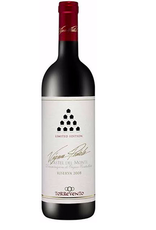 From the southern Adriatic region of Puglia, and awarded the “3 Bicchieri” (3 Glasses) by Gambero Rosso for eight consecutive years, the Vigna Pedale is 100% Nero di Troia grapes cultivated in Contrada Pedale. Puglia is the local name for the region known as Apulia in English which is hugely important in terms of quantity, and increasing quality, to the world of wine. This viticultural area, which encompasses the Adriatic heel of Italy, produces more wine than all of Australia. There are several DOCs and DOCGs here but few of them have forged any sort of international reputation. In fact, less than 5% of all Puglian wine is sold as a DOC - Salice Salentino, Copertino and Primitivo di Manduria among the most popular. Puglia's strength is fruit forward, red wines showing the warmth of its Mediterranean exposure and a fascinating range of indigenous varieties, including the lesser known Nero di Troia, officially named Uva di Troia.

Established in 1989, Torrevento - meaning "tower of the wind" -is a stone monastery turned winery located just a few miles from the Castel del Monte, a castle built by Frederick II of Hohenstaufen in the 13th century. Today, Torrevento is owned by Francesco Liantonio, a leading figure in the local wine scene as well as the president of Valoritalia, an agency that controls and certifies 70% of Italian DOC wine. He believes firmly in the potential of Nero di Troia and produces "Vigna Pedale" a varietal wine named after the vineyard in which the grapes are grown. This plot sits on a 50-hectare estate shaped like a pedal and offers calcareous chalky soil perfect for promoting freshness and focus in the wines produced here. This is untamed territory, with a typically Mediterranean climate: hot, dry summers alternating with long, cold winters accompanied. The rains are rare in the summertime but fall abundantly in late autumn often threatening harvest. The 2013 Torrevento Vigna Pedale Castel del Monte Riserva is a dark, ruby colored red that shows floral aromas of violet, herbs and spice elevated by fourteen months of maturation in a combination of 2nd and 3rd year use oak barrels. Best served at cellar temperature, this savory, red fruited wine will pair effortlessly with cured and grilled meats, aged cow and sheep's milk cheeses and a mellow state of mind.

Cleaned and trimmed, our Berkshire Bone-In Pork Chop are on of our most popular items. The bone provides added flavor and moisture. This cut has a small fat cap and great marbling that break down quickly and create amazing flavor and richness. Best prepar
Add to cart
Organic Butcher Berkshire Pork Chops Two Pack (1-1.5lb/2)
$22.99
//opening REVEL nav link in a new tab, as well redirect link to www.revelava.com - 20190829 - Stan C. ticket #960170