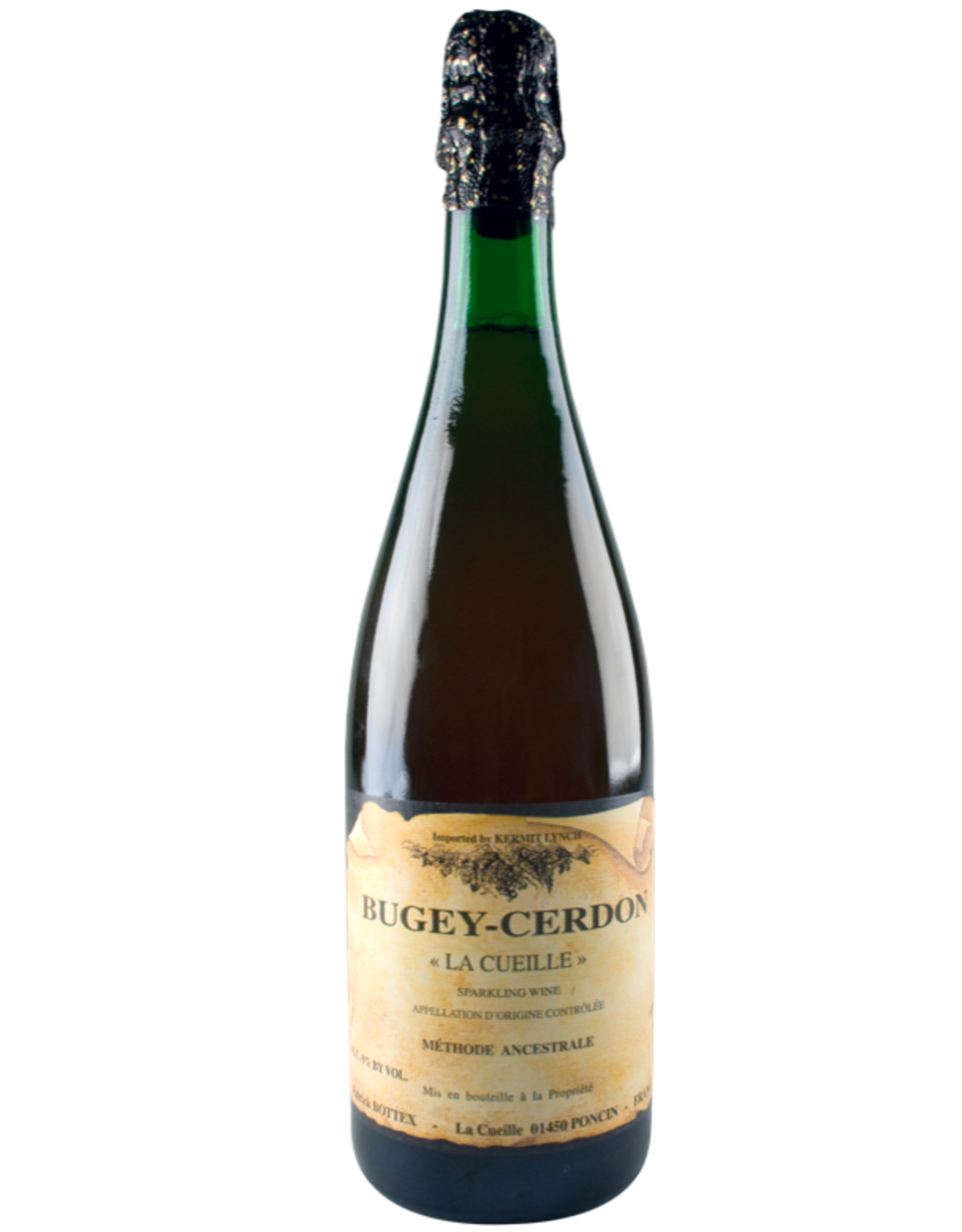 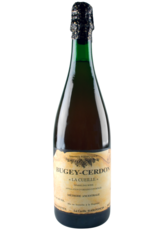 Bugey Cerdon Rosé can be made from just Gamay, or blended with Poulsard, like this offering from Patrick Bottex and imported by Kermit Lynch. Fizzy and infectiously delicious, it is a festival of red fruit, and immediately recognizable by its electric pink color. The Poulsard gives it structure and power, and a hint of spice, while the Gamay offers lift and high-toned, charming fruit.
It pairs well with salted pork with preserved tomatoes, Chinese dishes (sweet/sour), blue cheese, Bugey tart, red fruit pie, macaroons, chocolate mousse, or dark chocolate desserts.

Bugey is one of the best-kept secrets of France. As a geographical crossroads between the Savoie, the Jura, Burgundy, and the Rhône, it is one of the few regions where one can see both palm trees and snow. It is adjacent to the Savoie on its western side, located in between Lyon, Grenoble, and Geneva. The Romans first cultivated the wines of Bugey, with the medieval monks resurrecting the wines. Still, the region had to wait until 2009 before receiving its own A.O.C. status. Today, Cerdon is considered one of three crus within the appellation of Bugey, and the only one whose entire production consists of sparkling wine.

In La Cueille, one of seven high-altitude hamlets surrounding the historic medieval town of Ponsin, Patrick and Catherine Bottex are farming the limestone slopes above the Ain River. They have been working five hectares of land since 1991 and produce only a small quantity of their beautiful, intriguing sparkling wine. As a former part of the Duchy of Burgundy, it stands to reason that several Burgundian grape varietals have found a home here—not the least of which is Gamay. The Bottex’s blend consists of ninety percent Gamay and ten percent of the native Poulsard. They bottle this low-alcohol wine using the méthode ancestrale, a rare technique that experts believe predates the méthode champenoise. The wine first goes through primary fermentation in tank but is then bottled before all of the residual sugar has converted to alcohol. After going through a secondary fermentation in the bottle for at least two months, the wine is ready— dosage is not permitted. The resulting wine is delightfully refreshing with bright fruit, a beautiful rosé hue, and a touch of sweetness.