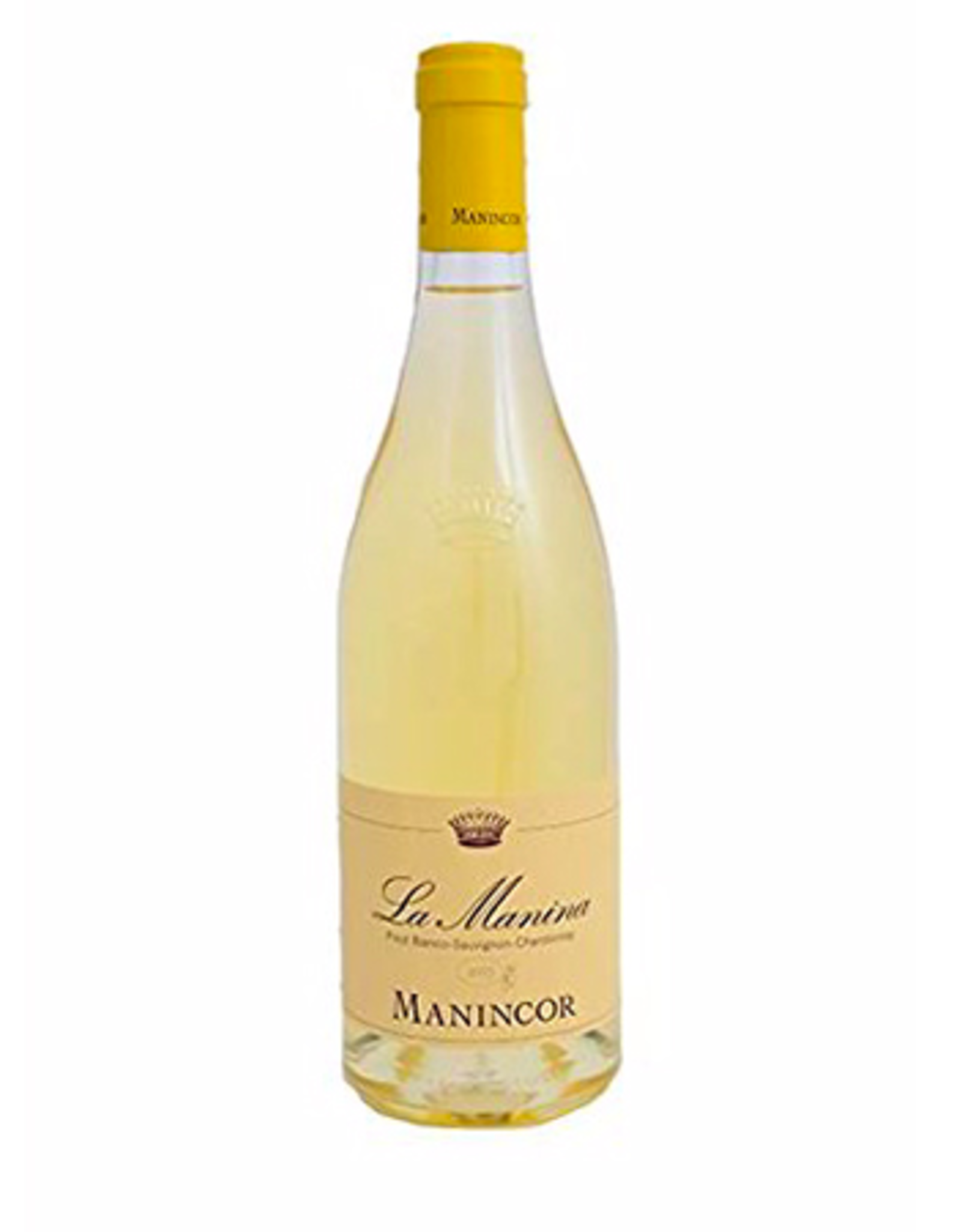 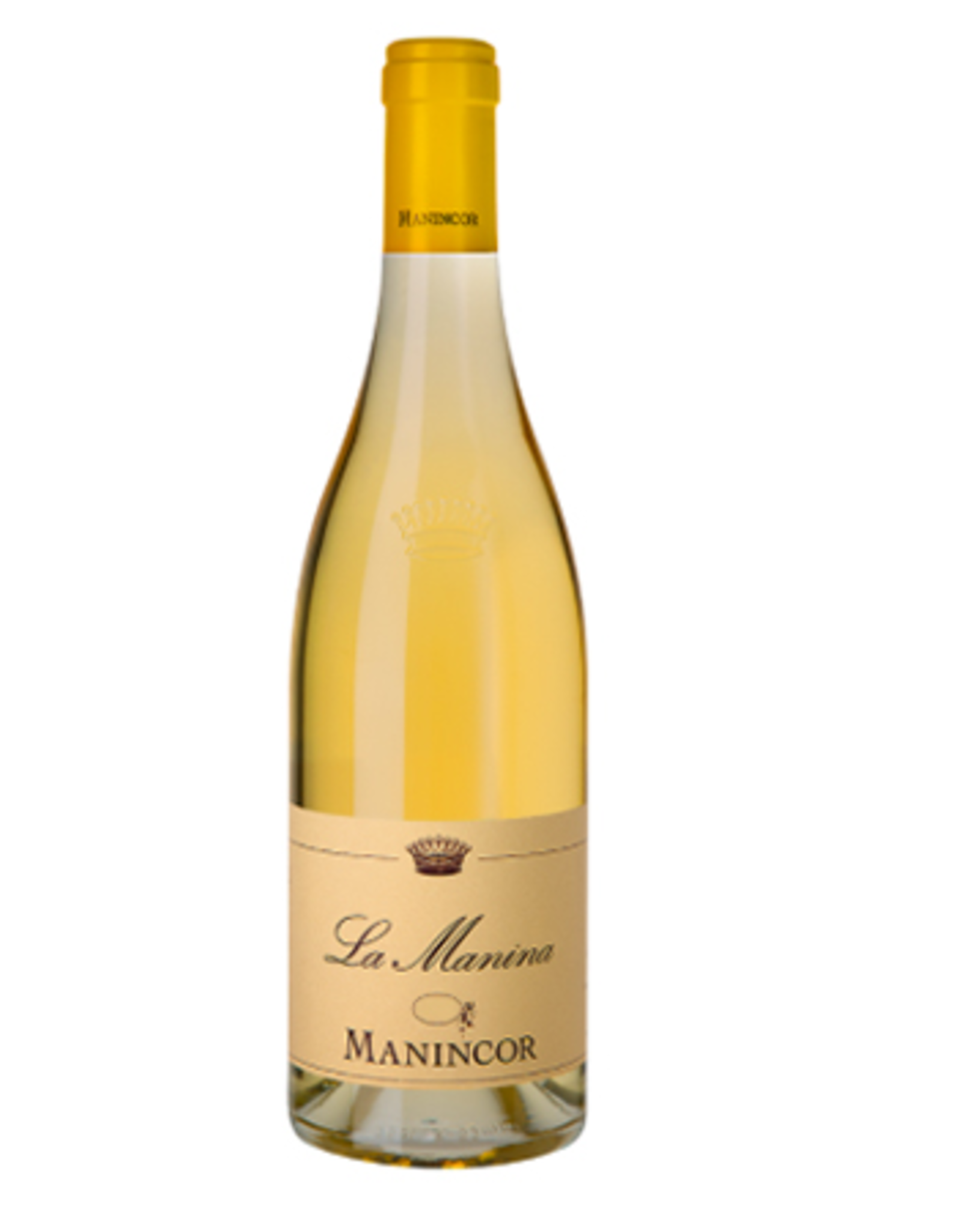 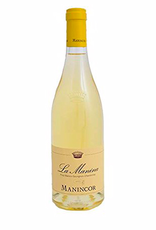 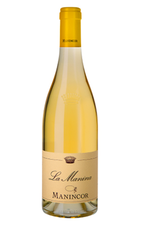 Nestled in the foothills of the Alps, the northern Italian province of Trentino-Alto Adige is one of the most interesting and fun regions for Italian wine and food lovers to explore. Part of the Austro-Hungarian Empire until the end of World War 1, Austrian food and wine culture blend with Italian in the Alto-Adige: they grow and drink mainly white wines, many of them Germanic in origin like Sylvaner, Muller-Thurgau, Riesling and Gewurztraminer. With their Mediterranean meets Alpine climate and high elevation, Alto Adige produces some of the greatest white wines in Italy.

Roughly translated, Manincor means "Hand on Heart" and the centuries-old family crest can still be seen on the manor house. The family's history is a grand one: a grateful emperor granted the original property as imperial thank you to a dutiful Manincor ancestor for work done on the Austrian crown's behalf. In the 17th century, a Manincor grand daughter married into the Enzenberg family, which remains the 21st century custodians and owners of the winery and its fifty hectares of vines. Count Michael Goëss-Enzenberg took over the estate from his uncle in 1991, and shortly thereafter he began his plan to stop selling the property's highly prized grapes to local coops and make wine under the Manincor estate name. Significant work had to be done in the vineyards to reduce yield per vine, plus, their improved vineyard husbandry took on a more natural sensibility. Finally, in 1996, the estate began crushing grapes in its own cellar. By 2005, Michael and his wife Sophie made the decision to convert their vineyards to Biodynamic farming.
Their 2017 Manincor La Manina is focused and perfumed blend of  50% Pinot Blanc, 30% Sauvignon Blanc, and 20% Chardonnay. This selection comes from a combination of recently planted vineyards on the estate and from neighboring farms that also follow biodynamic principles and carry certification as organic growers. Grapes were de-stemmed and macerated in the press for six hours to heighten aromas and gain some weight from skin contact. Fermentation in tank - with wild yeast from the vineyards - is followed by six months of aging on the lees before bottling and release. The resulting La Manina Bianco is medium bodied with mouthwatering acidity and rounded notes of fresh pear, green apple, and clean, compelling minerality. A supremely food friendly wine, you can drink it with almost everything from traditional pairings like passed hors d'oeuvres or light salads to grilled white meats, and fresh seafood.
Add your review
0 stars based on 0 reviews
alto adige / case of the mondays / chardonnay / pinot bianco / pinot blanc / sauvignon blanc
Add to wishlist / Add to compare / Print
//opening REVEL nav link in a new tab, as well redirect link to www.revelava.com - 20190829 - Stan C. ticket #960170