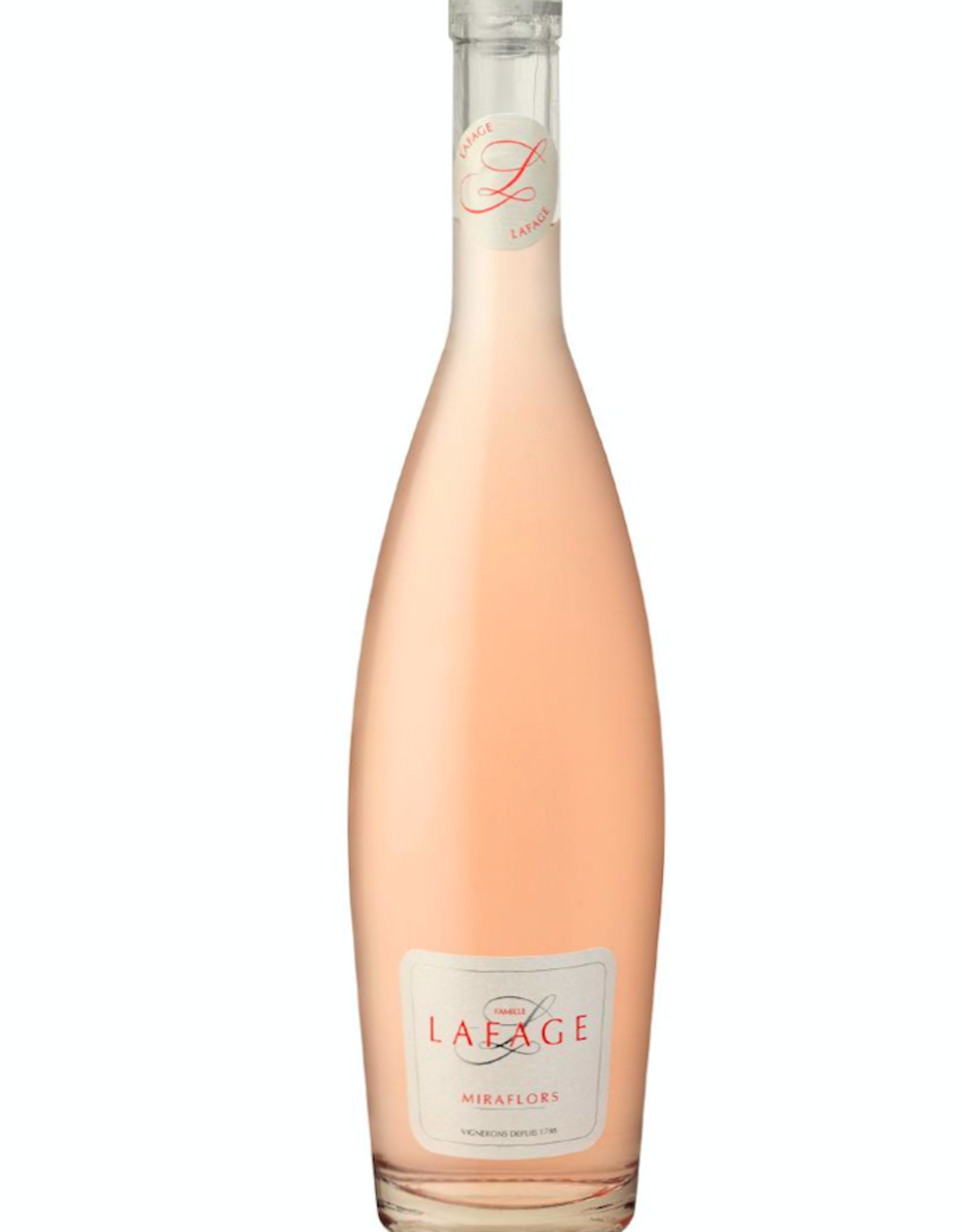 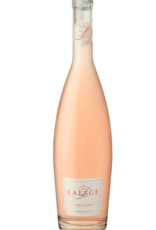 The 2019 Lafage Miraflors Rose has as vibrant a fanbase as fruit profile. It's a pale, rosy pink with succulent white peach, blood orange zest, and a hint of an ocean breeze on the nose. On the palate, it's in the zingy, vibrant, crisp category, and a masterclass in Provençal-style rosé. The beautiful packaging is a bonus and a no brainer when sitting on the patio during the spring and summer months.

From Cote de Catalanes, the vines grow in alluvial gravel soil which provides exceptional drainage and heat retention. This allows the berries - growing on organically farmed 15 to 75-year-old vines- to burst with fruit flavor and maintain mouth-watering, natural acidity. Fermented and aged in tank for 4 months, you should always have a cold bottle of Lafage Miraflors Rosé in the fridge.

Named after an old estate located in the heart of Domaine Lafage, Mas Miraflors, the Miraflors Rosé is sourced mostly from old vines of Grenache Gris and Noir, some nearing 80 years old, planted near the Mediterranean. Jean-Marc Lafage adds a bit of estate-grown Mourvedre he planted about 15 years ago. This a direct press - intentional rosé - as apposed to the saignée method, with the color coming from the skins of the pink Grenache Gris berries, and naturally, from the much darker Mourvedre and Grenache Noir. It is aged in tank for 4 months before bottling.

Jean-Marc and Eliane Lafage farm 160 hectares of vines located just south of the capital of French Catalonia, Perpignan. Some of their vineyards are situated a few kilometers from the Mediterranean while others can be found in the foothills of the Pyrenees. This range of sites allows them to make both refreshing whites as well as concentrated reds and, this being the Roussillon, some fortified wines as well. Benefiting from a warm, dry climate, the estate is farmed organically. They grow primarily Grenache (Blanc, Gris & Noir), Syrah, Mourvedre, Carignan, Marsanne, Roussanne and Chardonnay with a significant proportion of the vines well over 50 years old. As you near the coast, the soil is weathered, alluvial gravel while in the higher elevation sites it is predominantly schist. Lafage harvests by hand and the winemaking is surprisingly uncomplicated with stainless steel for the fresher whites and mostly concrete tanks for the rest with a small number of French oak demi-muids.