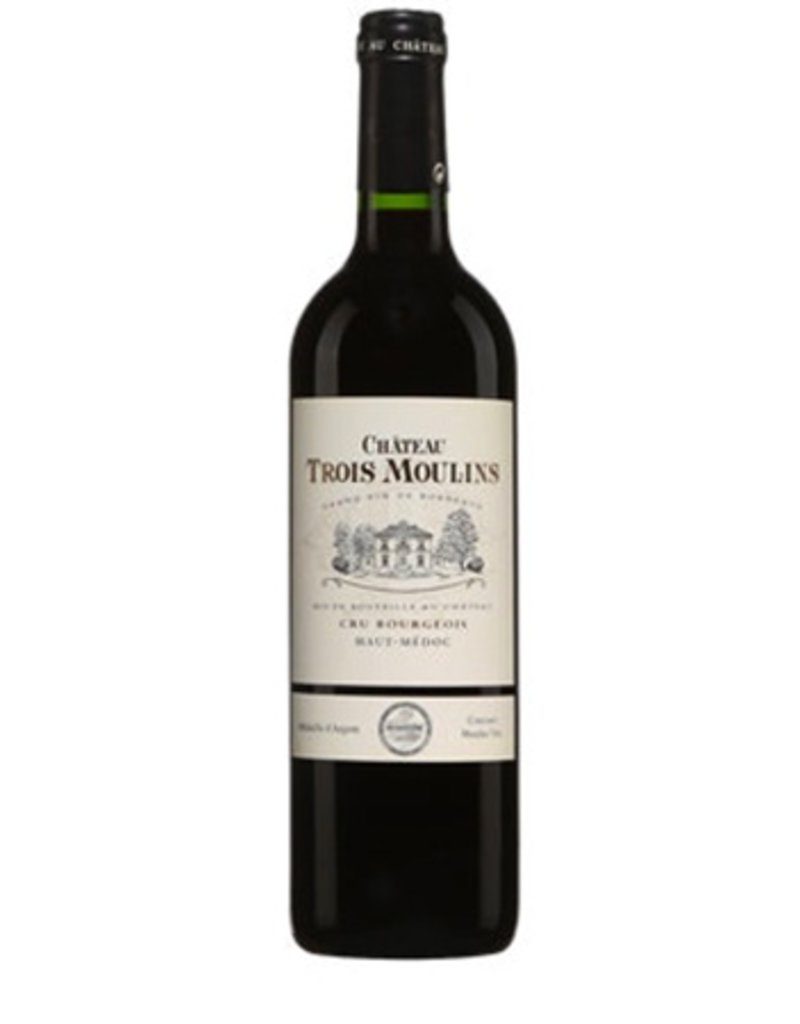 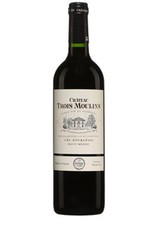 Château Trois Moulins is the twin of the famous Château Cambon La Pelouse in the southern Médoc region of Bordeaux. Although Château Trois Moulins is not as well known as its sister, it receives the same meticulous care in grape growing, winemaking and aging. The principal difference is that Trois Moulins is made to be consumed earlier and more attractively priced. The two estates are owned by Annick and Jean-Pierre Marie. Their winemaking facilities, as well as the their vineyards, are adjacent to each other.

Château Trois Moulins, which dates from the 19th century, is set between Châteaux Cantemerle and Giscours at one of the highest points of Macau. The estate borders the Margaux appellation and its outstanding terroir of quaternary gravel with large pebbles is similar to that of many top Margaux.