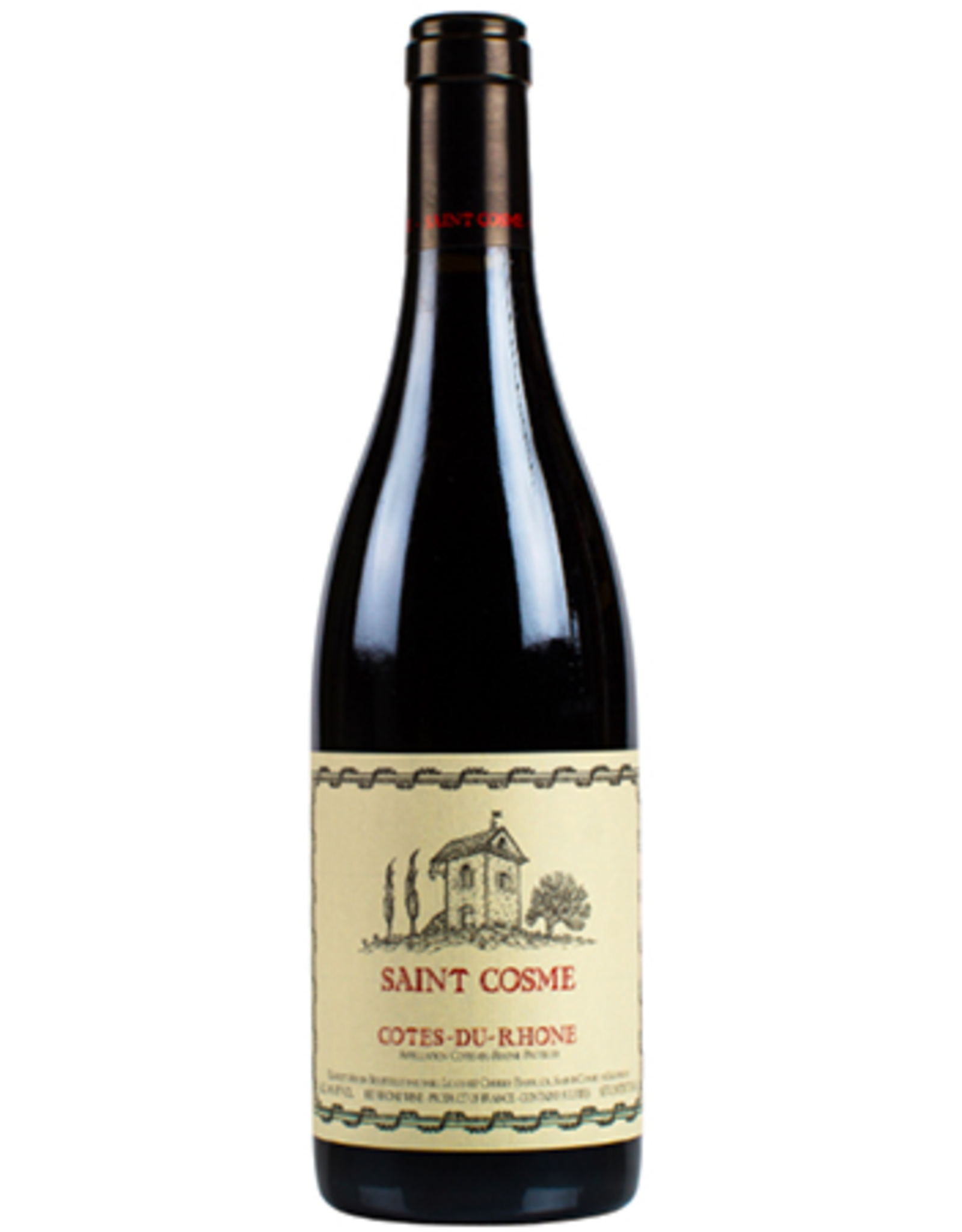 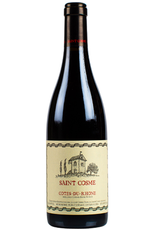 Few winemakers enjoy celebrity status in the Rhone like Chateau de St. Cosme’s Louis Barruol. A favorite of wine journals and a yearly member of most “Top 100” lists, Barruol has been at the helm of his family’s estate since 1992, when he took over from his ailing father. A 14th generation winemaker at St. Cosme, Barruol took the humble domaine in then-unknown Gigondas from obscurity to becoming one of the top wineries in southern France with his tireless work effort and very strong opinions on quality. A strong believer in freshness, terroir and biodynamics, Barruol relies on traditional winemaking – he rarely destems grapes or utilizes new oak barrels – while insisting on clean wines that have limited exposure to oxygen to ensure freshness, structure and age-ability. He farms 15 hectares of vines in Gigondas, mainly Grenache, Mourvedre and Syrah for his Gigondas and highly sought-after single vineyard bottles, and another 10 or so in the cotes du Rhone that he crafts into his “Deux Albions” estate red and white. Additionally, Louis has a thriving negociant business, making very serious red and white wines from purchased fruit in both the northern and southern Rhone, including an excellent Chateauneuf and one of the great value Cote Roties. For the record, estate wines are labeled “Chateau de Saint Cosme” and the negociant bottlings are “Saint Cosme.”

While Barruol is famous for single vineyard Gigondas and age-worthy Chateauneuf du Pape, his flagship wine is this 2017 Saint Cosme Cotes du Rhone, one of the consistently great values of southern France. Unlike most Cotes du Rhone, which are classically Grenache dominated blends, the Saint Cosme Cotes du Rhone is entirely Syrah sourced from a handful of long-time grower partners throughout the southern Rhone with a large percentage coming from the Vinsobres appellation. Syrah can get brooding, heavy and over-ripe in the southern Rhone’s sunny Mediterranean climate, but the Saint Cosme is anything but – lithe, aromatic and fresh, it exudes classic Syrah notes of blackberry, violet and freshly cracked black pepper with gentle tannins and refreshing acidity. Drink this young for its bright, cheery fruit or hide a few bottles for a couple of years to see how surprisingly well this cuvee can develop. The lack of harsh tannins or new oak aging makes this charming red super versatile at the dinner table, so stock up to enjoy with everything from grilled red meat and hearty French cassoulet to braised game dishes, or simple American fare like burgers or weeknight pizza.